Get discovered by employers. Create your
job seeker profile and resume today!

Scariest HR Issues To Know In 2015 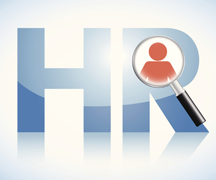 Technological advancements and major legislation pose frightening recruitment challenges to employers in 2015. Understanding the nuances and possible consequences of new hiring laws enacted this year is critical for any employer, as a failure to do so could result in lawsuits or penalties.

Chief among the popular new laws are requirements at the state level mandating employers cover employees with paid sick leave, according to an XpertHR report.

The topic, broached in Pres. Barack Obama’s state of the union address, is covered in-depth by the Harvard Business Review.

“The more you earn, the more likely you are to have paid sick leave,” the HBR reports.

New legislation indirectly addresses this issue, but also leaves employers to determine just how this sick leave is accrued and implemented.

The legalization of medical marijuana in 25 states—and outright legalization in Colorado and Washington—is another tenuous matter for employers. Companies that drug test face the conflicting issues of state law vs. federal, the latter of which still classifies marijuana as illegal.

Just as tricky for employers to address, albeit for much different reasons, is the constantly evolving technology employees have at their disposal at any given time.

Employees can find themselves at odds with their jobs for posting inflammatory comments or trade secrets on social media. Certainly, this can hurt an employer’s reputation. But worse yet, the threat of data breaches is real and constant. If it can happen at Sony Studios, it can happen at most places of employment.

The following is XpertHR’s complete list of 15 scariest HR issues for 2015. To read the full report, click here:

1. Off-Duty Use of Medical and Recreational Marijuana

5. Protecting Company and Employee Privacy in the Digital Age

7. E-Cigarette Use in the Workplace

Politico, known originally as The Politico, is an American political journalism company based in Arlington County, Virginia, that covers politics and policy in the United States and internationally. It distributes content through its website, television, printed newspapers, radio, and podcasts.  Powerjobs serves employers and job seekers in the professional areas of Government, Military, Defense, Finance, Legal, Engineering, Technology, Non-Profit, Healthcare, Legislation, Policy, Administration and more.

HR Newswatch covers the human resources profession, with focus on the practical and legal issues.   It is our mission to enhance that news coverage with timely and relevant teleconferences with industry experts, and to provide employment opportunities to our readers.

Texas SHRM Career Center (careercenter.texasshrm.org): your source to connect with the most qualified HR professionals in the great state of Texas. With an industry-leading jobseeker interface, our site is designed to attract more of the most qualified candidates for your positions.

Thousands of jobs from a variety of niches.

The Best Jobs and How to Get Them

The cutting-edge book that finds you the best jobs & highest incomes.